Windows wants you to upgrade to Windows 10

Published by denton on February 2nd, 2016

Microsoft said it would push Windows 10 upgrades onto people’s PCs much harder this year – and Redmond has been true to its word.

From Monday, Windows Update will start making the upgrade to version 10 of the operating system a recommended update, rather than an optional one, a spokesperson for the software giant confirmed. So if you’ve got automatic updates set up on your computer, expect to download and install a few gigabytes of code for the move to Windows 10.

Also be aware that if you have switched to manual updates you still may end up downloading the new OS anyway. Windows Update is automatically preselecting the optional download as desired, so there’s no need to click on the box to get it. Read More 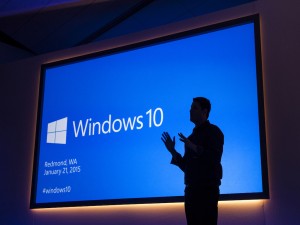 No Comments »
Posted in Uncategorized